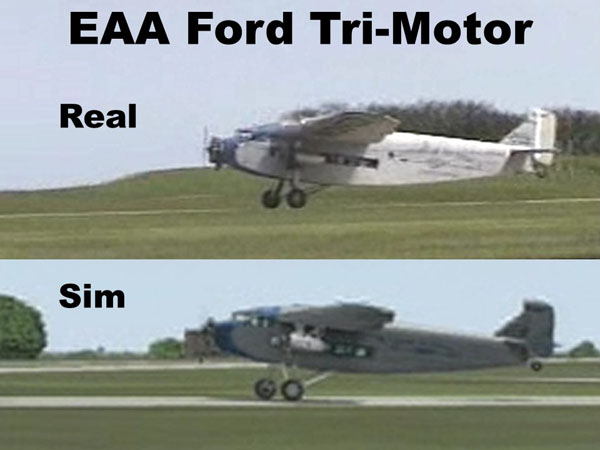 I produced the world’s first YouTube video that showed a pilot flying a simulator combined with corresponding in-sim video. AND combined with real video from the real airplane he is simulating. Let me break that down for you. This was…

First of all, I completed my first large-scale flight simulator in 2005 and I used it as a part of my aviation ground school. I produced this video to showcase the capabilities of the simulator. I called it the Roger Dodger Aviation Training Simulator (RDATS). It featured dual airplane controls and two comfortable seats from a Dodge Caravan. Notice in the video, I never show the computer monitor. That’s because it was so difficult to get good video of it.

Microsoft Flight Simulator 2004 included the Ford Tri-Motor as a default aircraft. Consequently, I spent a lot of time flying that vintage airliner. FS2004 made it possible to re-create the entire transcontinental route across the USA. As a result, I got the idea for the NY2LA fund raiser that we hosted the same year. The Tri-Motor was missing from FSX and I miss that old vintage aircraft flight simulator.

Most noteworthy, the EAA flew its Ford Tri-Motor into Kansas City in 2005. Not only that, they also sold rides because this was a part of their national tour. I happily bought a flight and took a lot of video. Looking at it now, the video is old and grainy, but it was great back then.

A member of the Vara-Tones gave me verbal permission to use their music. I actually called them on the phone and talked to one of them. It turns out these guys are all retired from the aviation industry in California. Very cool! 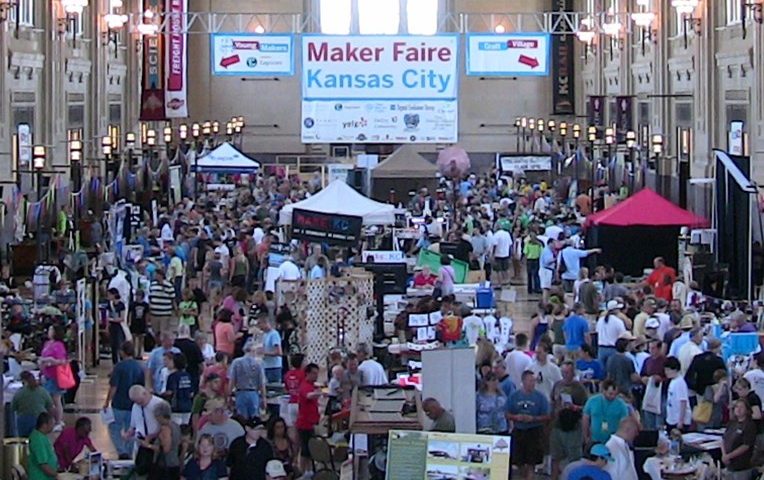 Long before I started making the DIY Flight Sims videos, I provided aviation training and simulator rental out of my home. This wasn’t as odd as it may seem at first. I remember as a kid, my mom would go to a stylist that had a salon built into her house. A lot of people run small businesses from their home and so I started an aviation training center in my living room. We did a lot of good training at the Roger Dodger Aviation Headquarters from 2005 to 2009.

I had one flight simulator, the Roger Dodger Aviation Training System (RDATS). I used this simulator to teach people about flying that was very similar to the approach I used when I instructed in actual airplanes. We started each lesson by briefing at the table, and then moved to the simulator to perform an abbreviated preflight. Next, we flew the lesson and performed the maneuvers from the FAA Practical Test Standards booklet. I demonstrated each maneuver while describing it, and then the student attempted the same maneuver while I verbally coached them. The Roger Dodger Aviation Headquarters had actual training videos for students to view. I always had a selection of free sodas available for students.

The TrackIR view tracking system was a revolutionary technology at the time. Furthermore, I wouldn’t have had any interest in flight simulators without it. TrackIR allows you to look around the virtual cockpit by simply moving your head. It is an infrared camera that sees reflectors on your cap. TrackIR was vitally important to my lessons because the students needed the ability to look around their virtual environment. In real airplanes, we are always looking around, scanning for traffic, and maintaining situational awareness so this had to be included in the simulation too.

TrackIR was designed to detect one pilot only, so how did I adapt it for two? I attached the TrackIR camera on a sliding pedestal. We would simply move the pedestal in front of whichever pilot was flying at that moment. As a result, this was just a part of the positive exchange of controls that is an important part of instruction. In other words, we always verbally designate which pilot is flying.

I built a base to include two seats from a Dodge Caravan. These seats were wonderfully comfortable, fully adjustable, and very sturdy. You can see more about those seats in this video.

I decorated the Roger Dodger Aviation Headquarters in tacky island-theme party decorations. I wanted it to feel like you had traveled to someplace different than Kansas. Look at the walls, they are covered with a thatch-weave paper, as well as fish nets, plastic sea creatures, airplane pictures, and more. The island theme also worked well with the addition of the Air Combat Training Simulators (ACTS) that I was also developing. We later flew the ACTS sims in a lot of South Pacific WW2 missions.

I’m a real Certified Flight Instructor but we didn’t log this as credit towards any actual license. I found that people were naturally curious about aviation and simply wanted to learn more about it. The FAA does not allow anyone to log simulator time in a home-built flight simulator.