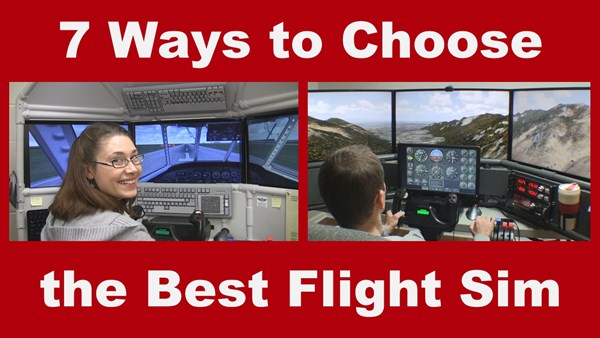 You’re looking for a home flight simulator for sale and you come across two similar DIY projects. How do you tell the two apart? The DIY Deluxe Desktop Flight Sim and the DIY Triple Screen Flight Sim are similar, but there are some significant differences too. Here are 7 ways to choose the best multi-screen DIY Flight Sim for you.

The D250 Deluxe is much more adaptable than the T440 Triple Screen.
D250: You can build the D250 with a yoke and throttle quadrant, or pair it with one of the DIY floor frames so you can use HOTAS style controls or even a helicopter collective. Match the D250 with the #F311 Side Joystick Frame, the #F321 Center Joystick Frame, or the #F331 Easy Helicopter Collective.
T440: On the other hand, the T440 is great with a yoke and throttle quadrant as originally designed. But if you want a joystick and side throttle, you would need to invent some modifications.

The D250 instructional video is much newer than the T440.
T440: I produced the T440 video in 2011 as a part of a successful Kickstarter campaign. I had a very short amount of time to design and build the project and a short time to film, edit, and publish the video. It’s still a great project though.
D250: I produced the D250 video in 2016 so it has better lighting, better sound, I used a better camera, and I had more experience editing than I did in 2011.

The T440 was designed to have an overhead panel like an airliner. For this reason, the T440 Triple Screen bundle includes the DIY Airliner Keyboard Modification. The D250 doesn’t have a place for an overhead panel.

The T440 has Styrofoam, the D250 does not.
Builders use ½” styrofoam sheets when constructing the T440 Triple Screen project. Styrofoam may be cheap or expensive depending on where you live in the world.

6. Instrument Panel on a 4th Monitor

I think the D250 is easier to build than the T440.
D250: The project doesn’t require gluing any Styrofoam panels in place. But the D250 does include 1×8 boards. If your saw won’t cut 1×8 boards, you’ll need to get that done at the store when you buy them.
T440: The project doesn’t require you to cut any lumber wider than a 1×6. You do cut Styrofoam with a utility knife, but it is not difficult just a little time-consuming.

You have a lot of choices when it comes to your home flight sim project. I hope this comparison helps you. 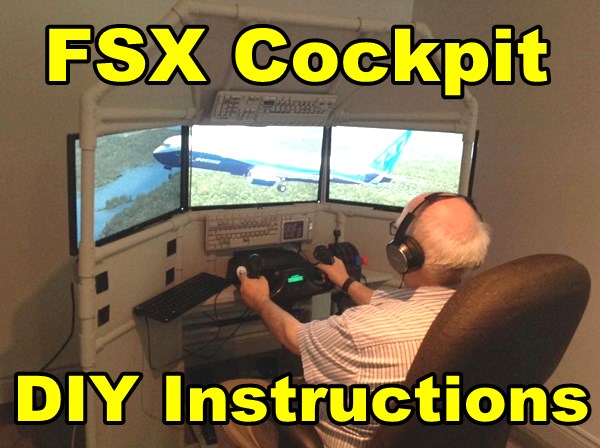 This is the greatest difference between Roger Dodger Aviation and the other guys: my customers actually complete their projects! My online courses include instructions for each step of the project including video clips, diagrams, pictures, and printouts. You can build a FSX cockpit DIY project like these guys!

First of all, look at this beautiful DIY Deluxe Desktop Flight Sim item #D250. It was built by Greg in Savannah Georgia, USA. This is one of my favorite designs because it is so versatile. Builders can create exactly the type of home cockpit they need to match their flying interests. You can install a yoke and throttle quadrant in the #D250. On the other hand, you can also use a HOTAS joystick and throttle or even a helicopter collective.

The DIY Triple Screen Flight Sim, item #T440 is still my most popular DIY course. As a result, I get more T440 pictures than any other project. Two customers recently sent me pictures of their completed projects (see below). Wayne and Richard both build the same project but built it to suit their particular simulation requirements.

Don’t let Facebook bury these success stories! These men worked hard on their FSX cockpit DIY projects and deserve to be congratulated. When I post on Facebook, the message only goes out to 10% of my fans. Please LIKE, COMMENT, and SHARE to spread the word. If you are reading this as a blog post, please link to it or share it with friends. Let’s show these guys our community appreciates a job well done. 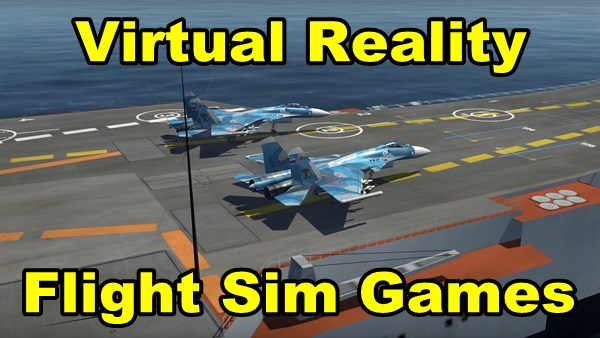 What Happened to the DIY Flight Sim downloads?

All DIY Flight Sim products are produced by me, Matt Thomas, here at Roger Dodger Aviation. These flight simulator build plans were originally sold as downloaded products. The customer would buy the instructional videos, manuals, and templates, and then download all contents in a big zip file. The customer would then open the files on a PC to view all the content.

That was a great idea in 2007, but not such a good idea 10 years later. Customers wanted better access to the content, and modern e-learning was the answer. With online tutorial courses, a student doesn’t have to sit through a giant video or sift through a 100+ pages of flight simulator build plans. I re-formatted all the content so each step in the building process has a short video clip, and the illustrated instructions for that step only. The plan drawings and printouts are presented with that step, instead of buried in an appendix.

You can now access the DIY Flight Sims courses with any device, even tablets and smart phones. This means you can bring all the instructions with you to the garage or workshop when you work on the project.

DIY Flight Sims made a huge leap forward in 2017.

How to Get the Updated Flight Simulator Build Plans

If you purchased an old Download version of a DIY Flight Sims product, you can get a free update to the new online course. The flight simulator build plans are in a better, learner-centered format, and many courses have additional material now.

Want the update? Simply email me at DIYflightsims@rogerdoger.net and tell me what product you bought and what email address you used. This will help me track down your order. Also tell me where you bought it if you purchased from a 3rd party vendor. I’ll send you a coupon code that will give you free access to the course.

New online courses are available for the following products:

What Happens When You Enroll

You will have access to the original content for that product, but in the new format as an online e-learning course. I’ve updated and improved some of the projects, so you also get any new material that I’ve added. In addition, you also get a monthly notification of any future updates I make to the products in the Roger Dodger Insider. Finally, you also get free access to Builder Academy, which is where you learn all the basic skills for building DIY Flight Sims.

Thrustmaster Warthog and other Additions

Several customers modified the #F321 Center Joystick project slightly to accommodate the Thrustmaster Warthog joystick. They did this by shortening the center joystick stand by several inches and then bolting on the joystick. The Thrustmaster Warthog originally comes with a flat, square base which can be easily removed. Notice that the DIY Center Joystick Frame works well with Saitek rudder pedals because of their wide stance. You can comfortably straddle the center joystick to reach the pedals. Note the Saitek Combat Rudder Pedals installed on the #F321, but you can also use the Saitek Cessna Rudder Pedals. I originally designed the #F321 project around the early model Saitek Pro Flight Rudder Pedals, witch still work well. You can use the CH Rudder Pedals but they are difficult to use because they are narrow and makes it harder to straddle the center joystick stand.

Center Joystick or Side Joystick?

Check out Craig’s pictures in the new Customer Gallery 2. Craig created one of the most attractive DIY Flight Sim completions. He built the #F321 with a removable center stand and with side stands on both sides. He can now switch between a traditional center joystick and a HOTAS side joystick. Notice the D-ring fasteners he uses to attach the center stand.

Rob modified the #E420 DIY Roll-Away Flight Sim to match his needs and style of flying. He added an expanded mid-shelf for the Saitek yoke and throttle quadrant and a swing-out platform for the compact mini-keyboard. Also note the additional platform for the mouse and mouse pad. The Roll-Away Flight Sim frame is wonderfully mobile because Rob installed four castering wheels to it. Two of the castering wheels can be locked in place so he can comfortably use the rudder pedals without worrying about the frame rolling away. You should always use rudder pedals, they are an important part of DIY Flight Sim completions. 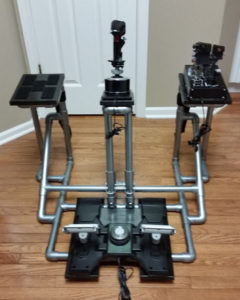