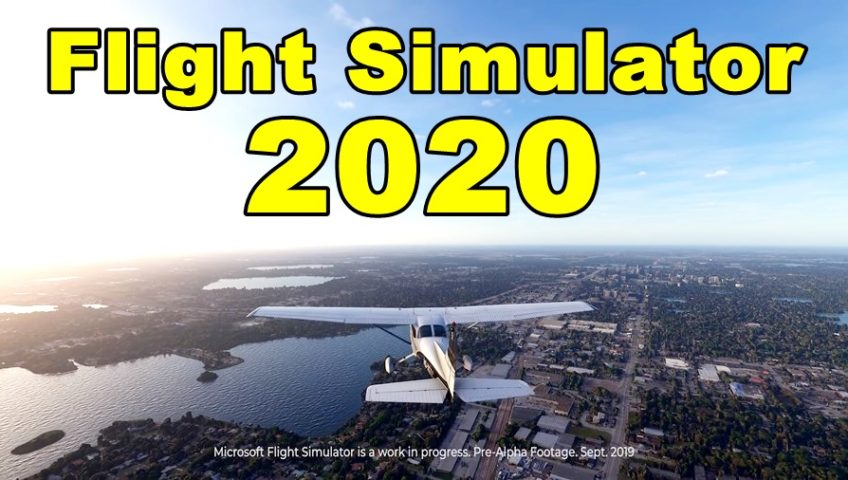 Microsoft is back… again. Really? Flight sim community influencers certainly think so. Microsoft invited several of them to their headquarters to experience the pre-Alpha version of Flight Simulator 2020 in September. Will this new effort by Microsoft soar or flop?

First of all, let’s look at the features of Flight Simulator 2020. It has astonishing worldwide scenery that makes true VFR pilotage a joy. Microsoft included every known airport in the world, that’s over 40,000 airports. Flight Simulator 2020 also includes better simulation of rain, humidity, turbulence, fog, aerodynamic performance, friction modeling, sloping runways, icing, wind layers, visibility, sun/moon/star positions, etc. which are improvements you would expect. The developers created true volumetric clouds that cast shadows and are lit from above by the sun and even from below by city lights at night. Finally, complete SIDs and STARs are included and perhaps Sectional charts too.

Will you be able to find your house in Flight Simulator 2020? Maybe.

Why would Flight Simulator 2020 be the “next generation” of flight sims? This development team seems to understand that a comprehensive new sim must embrace the community, not operate in spite of it (like Lockheed Martin’s Prepar3D). The target market is “hard core simmers”, not gamers like the bungled MS Flight release in 2012. For example, Microsoft didn’t just invite community influencers to their offices, they PAID for their flights and hotel accommodations. Some invited guests came from Australia and Europe, so those tickets were not cheap. In addition, Microsoft treated the influencers to flights in a REAL Cessna 172 around Seattle so they could compare the real world scenery to the scenery in Flight Simulator 2020. That’s unprecedented. Even the Three Grumpy Simmers seemed delighted.

When will Flight Simulator 2020 be released? How much will it cost? Will it crash your PC?
The sim will be released in 2020 sometime but there is no word on what it will cost. The development team has already assured us that it will not be a subscription-based pricing model. If you have a strong PC that is currently running VR apps smoothly, you should be able to run Flight Simulator 2020. This won’t be a repeat of the FSX performance debacle of 2006.