Roger Dodger Aviation Roger Dodger Blogger Customer Projects How Much Does it Cost to Build a Flight Simulator? 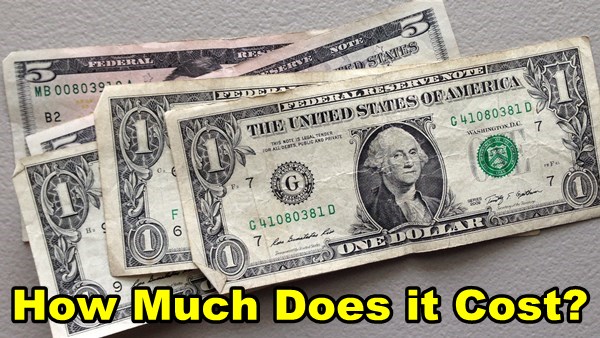 How Much Does it Cost to Build a Flight Simulator?

I get this question a lot. It is a valid question, but it’s difficult to answer. People will often ask, “How much does it cost to build a flight simulator?” Does that mean they’re talking about the DIY framework of PVC pipe, lumber, and Styrofoam? Or do they really mean they are starting at zero, where they don’t even own a PC and a monitor? Or are they actually asking about the flight controls and switch panels?

In reality, DIY Flight Sim builders have a wide variety of choices for equipping their home cockpit to match their needs. They may start with a single display now, and then add more displays later. They may start with just a yoke and rudder pedals, but add switch panels later. So when we ask how much does it cost to build a flight simulator, are we talking about how much it costs on day one, or how much it costs after slowly adding and upgrading components after a few years?

I decided the best way to answer this question is to customize the answer just as each individual builder customizes their home cockpit. I built a Budgeting Tool to help determine the total price for a home flight sim setup. The Budget Tool shows how much to budget for each component and then adds those costs for a grand total. You decide how much you need to spend on your DIY Flight Sim.

But what is an acceptable home flight sim? Some people require three screens or more to consider it a real flight simulator, some people are happy with just one. So, I also introduced three phases (levels) of progression in the Budget Tool. Phase 1 is the bare-bones minimum amount of equipment you need to have a functioning flight sim. I’m assuming a fairly decent computer and graphics card (with power supply). You also have the choice of flight controls: either a yoke + throttle quadrant or HOTAS joystick + throttle. In addition, you really need Track IR if you only run one display. And don’t forget the rudder pedals. Airplanes have rudder pedals, so you should too.

At Phase 2 and Phase 3, I added more components to the Budget Tool. Each component gives the pilot more functionality and a better flight experience, but also adds cost. This is the trade-off you see in any budget. For any given component you can either budget an amount, or zero if you don’t need it yet.

Where to Purchase Components

People tend to have their favorite sources for computer equipment and flight gear, and I’m no different. For computers, I normally go to a local place called Micro Center where I’ll typically buy a computer, but immediately upgrade the graphics card with power supply. However, the last computer I purchased was from Cybertron. The Cybertron rig was already built for gaming, so I didn’t have to upgrade anything, which was very nice. They also sent me a free t-shirt!

You have a staggering amount of choices for displays. TVs are high-definition so you can use them for your flight sim, but make sure they have a fast refresh rate. Just Google for prices on HDTVs or monitors, and get the best deal you find.

I used to always shop Amazon for flight controls and switch panels, but now they don’t always have the best price. I recommend starting at Amazon, but also check prices at other online retailers like FlightSim Pilot Shop. Some guys buy their gear from E-bay, so that’s always an option too.

Ok, so How Much Does it Cost to Build a Flight Simulator?

I recommend that you customize the Budget Tool for you. The Budget Tool is only a starting point. I posted it here as an Excel file… DIY Flight Sim Budget Tool v1.2  so you can change it, add to it, do whatever you need to make it useful for you. This is my first attempt at a Budget Tool, so please let me know your thoughts on this. It’s probably not perfect and I anticipate making improvements to it.