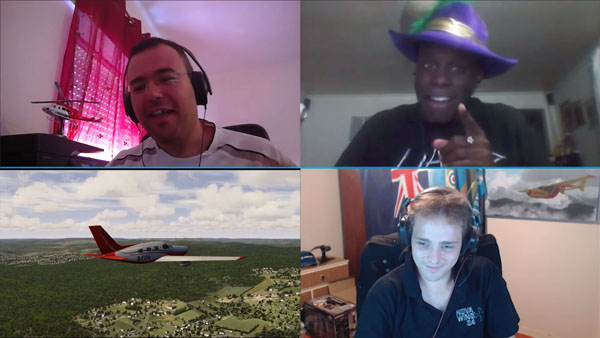 What is Flight Sim World?

Flight Sim World (FSW) is a new comprehensive flight simulator from Dovetail Games (DTG). It builds upon old software technology from Microsoft’s Flight Simulator X (FSX). However, DTG’s new update brings the software into the modern world by incorporating 64-bit technology, DirectX 11, as well as other new features. FSW is currently in the early access phase. Consequently, avid flight simmers have the opportunity to participate in the software development by providing feedback to the developers. I’m looking forward to trying FSW with a multi-monitor setup in the DIY Deluxe Desktop Flight Sim.

What Do People Say About Flight Sim World?

Keep in mind, the flight sim community has a tendency to “eat their young.” That means many potential customers want a new advanced flight simulator platform to replace FSX, but they also tend to ridicule any development team that attempts to do that. The Three Grumpy Simmers take on that issue as FSW is a long way from final release. They make the point it’s unfair to compare FSW in its current state to established platforms like Lockheed Prepar3D. At one point Bel Geode “wags the finger” at DTG about the lack of information about FSW for several months. I encourage you to watch the entire discussion (see Novawing24’s video below).

Who are the Three Grumpy Simmers?